Home / Photography / Fotostock / The fotostock: how to sell photos on the internet 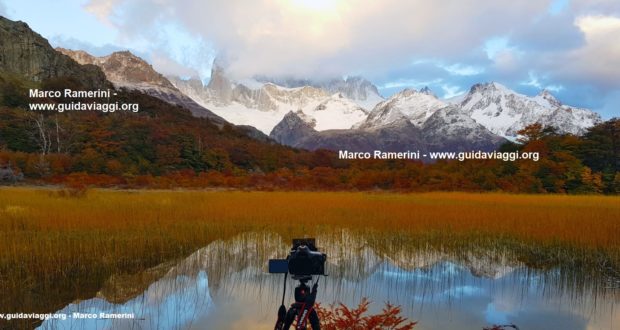 The fotostock: how to sell photos on the internet

For decades I have a passion for photography. In the past when there were no digital cameras, but there was old film I printed black and white photos. I went to digital rather late from 2005, when I purchased a small 4 mega pixel Olympus Camedia C-765 Ultrazoom (10x). Ten years later, in 2015 I purchased my first digital SLR a Canon EOS 100D. At the end of 2017 I switched to a Canon 6D Mark2 full frame SLR. Having so many photos available I started thinking about how to sell photos on the internet.

I had seen that there were sites on the internet where you could sell photos online. But I had never considered them. Partly because I doubted it worked, partly because I didn’t consider my work to be up to par. I said to myself “who do you want my photos to be interested in …” But the internet is unpredictable … A few years ago I had a surprising request from National Geographic, and a photo of me was published in an illustrated book by this famous publishing house .. .. subsequently my other photos have been published in travel magazines such as the Dutch “Joye de vivre” and Columbus “.

Despite this, I never considered the idea of selling my photos online. But a couple of months ago I decided to give it a try and publish some of my photos on the fotostock sites. So I started to find out about the best sites to sell your photos online. There are dozens of them, but reading and documenting I have identified some that seem the best to develop this new source of income for my work.

At the end of the year (2018) I start making my first subscriptions, I start with Shutterstock, Pond5 and Alamy. Shutterstock looks best for photos, while Pond5 is described as best suited for videos. At the end of November I upload the first images on the three sites. The work mainly consists of uploading and cataloging the photographs with titles, keywords and descriptions of the photos offered for sale. Pretty boring job, but once we are done, we are already well on the way to selling photos on the internet.

SHUTTERSTOCK IS THE AGENCY THAT SELLS MOST

Shutterstock surprises me immediately. In fact, a week after the publication of the first photos in a single day, I sell 2 of them for an income of US $ 0.50. Initially I do not care about the earnings but it takes me the fact that someone appreciates and purchases my photos. The following month I don’t have much time and I don’t upload many photos, in total at the end of the month (December) I have about 300 photos uploaded to Shutterstock, Pond5 and Alamy. The only site that sells is Shutterstock, I sell 4 in the whole month for a profit of 1 US dollar!

Below the first photo sold:

While the second photo sold is a splendid sunset:

In January I decide to test the three sites well and upload a total of 1,000 photos (and some videos) on Shutterstock and Pond5 while on Alamy I reach 600 photos uploaded. In the last days of the month I am also accepted by IStock-Getty Images. At the end of the month with Shutterstock I have 22 photos sold for a profit of US $ 10.94. In addition, I also make the first sale on Pond5 with a video that makes me $ 12.50. While Alamy does not produce sales. The new entry IStock-Getty Images in which I started uploading photos only in the last days of the month produces a sale for 0.13 US $.

The goal for the next month (March) is to upload a total of 1,000 photos to each of the sites I work with and then test everyone’s sales in the following months. I am curious to see the results. See you on the next episode…

If you want to make my experience of selling photos online, this is the link to sign up for Shutterstock: for now this is the agency that has far more sales. Here instead you can see my portfolio.

Selling photos on the internet: sales in March 2019