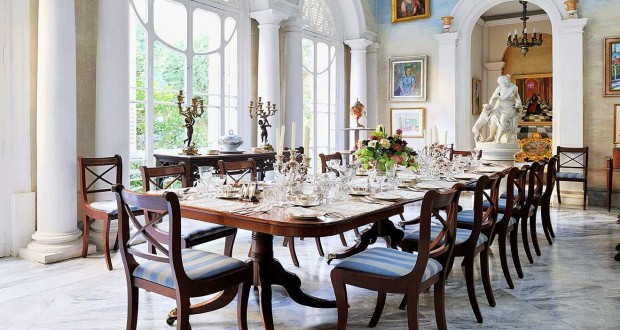 Welcome to Casa Rocca Piccola! One of the last noble still lived palace in Valletta.

This house is lived by an ancient Maltese family and his history goes up again to 400 years ago when the Riders of St. John decide to build a so prestigious city to rival with the most beautiful European capitals. The Valletta enriches his principal roads with many beautiful palaces while great ramparts strengthened it around XVI century.

The name of this house derives from the first owner, Don Peter La Rocca, admiral of the Jerusalem Order of the Langue of Italy. What you will start to visit is a house lived by a Maltese family for over than 200 years. Now it is the residence of the ninth marquis de Piro and of his family who as well as being a baron of the feud of Budach, he is also a Knight of Malta.

Casa Rocca Piccola is not a museum but it is something more. It could be a testimony of an enchanting history that begins at the foundations and continues in two bomb shelters to the World War II and built skilfully between the rocks. 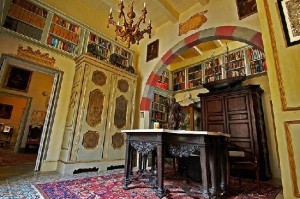 Entering we will be able to admire several rooms as the Chinese Room, whose special attraction is the collection of “Balsamini” of the grandmother in the Chinese showcase. The Sala Grande is the highest place of the house and it contains the most ancient datable Maltese furniture around XIV century. The walls are covered by several portraits of Popes and members of the noble family carried out by the most famous artists of the epoch as Antonio Favray and Francesco Zhara. In this palace it cannot miss the Chapel where there are also numerous relics, goblets and papal slippers.

The Archives de Piro has a lot of documents and familiar memories. In the Cabinet different squares sets are present and the best one is in ivory. Looking at it you will notice that the king is Christian and the queen is without crown.

In the Library there is a very ancient traditional Maltese watch and it marks the hours only with one lancet. The walls of Porphyry room are painted to give the illusion of being covered by washed silk. It is so calls because the walls originally were painted to imitation from the marble. The ceiling is original and it goes up again to more than four hundred years ago. The surgical tools kept in the window of the little table in the centre of the Blue Room are original and they represent the only medical tools in silver of XVIII century survived of the hospital of the Knights. 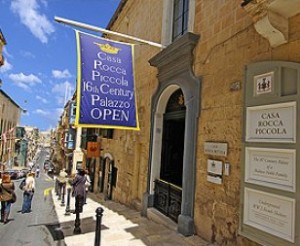 The summer dining room in origin was a terrace on the little garden. Together with the principal steps, it represents a beautiful art nouveau example. The table is prepared by silver, porcelain and Maltese laces.

You will also visit the bomb shelters: Valletta was one of the places most bombarded in Europe during the World War II. In April 1942, more than 15 aircraft in the day has caused huge devastation and the inhabitants found shelter in the tunnels. Casa Rocca Piccola, thanks to his wide proportions, has two big wells that, during II world war, were converted into bomb shelters.

A visit to Casa Rocca Piccola is the perfect opportunity to admire and to know one of the last noble still lived palace.

The palace-museum Casa Rocca Piccola is located in Republic Street in the historic center of Valletta (Malta) and is open every day from 10 am to 16 pm with the exception of Sundays and holidays. Access to the museum is done with guided tours that take place every hour. Prices for guided tours are 9 € for adults and € 5 for students. Children under 14 get in free.

2016-01-18
admin
Previous: Washington (State): nature and high technology
Next: Matterhorn: the most spectacular mountains in the Alps